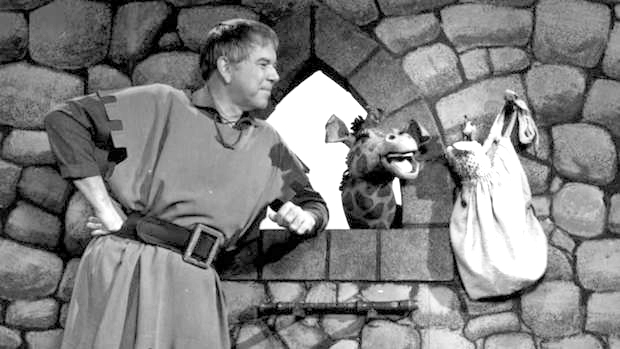 OK, OK – I’m late.  I know. I promised the 2nd part of my trip to the Lenovo North American Headquarters two weeks ago, but would you believe me if I told you I was in sunny California – and then Montreal?  Well, believe it or not; that’s where I was.  It’s tough to write articles when you’re driving 12 hours a day or sitting in Economy, on a cross-country flight.

I also need to make a correction.  It was pointed out by a loyal Reader (actually my wife), that the Friendly Giant’s outfit wasn’t green, but tan-coloured.  However, she cut me some slack, as I watched most of the episodes on a Black & White TV.  Truth be told, I was probably confusing him with the big guy who sells green beans.

Two weeks ago, I wrote that Lenovo were moving aggressively into the Internet of Things (IoT) arena, with the release of new products designed for smart automation of the home.  It’s also expected that many more products will be released in the near future.  With Lenovo entering this market, it adds legitimacy and clout; the market was previously populated by small boutique manufacturers, who lacked the resources to have global impact.  Lenovo have very deep pockets and a Marketing and Distribution System that is world-class.

With these products becoming ubiquitous in the home, it leads to some disturbing scenarios that could compromise Privacy and Security.  There are two primary concerns:

The challenge is to lock down these systems BEFORE they grow into an unmanageable tangle of WiFi protocols and IP addresses.  It’s impossible to correct CORE deficiencies in these IoT devices, so the best way is to tighten up Security on the network they connect to.  That means two things:

It seems that the Home Network is no longer a simple router and few cables.  Home networks will start to become as sophisticated and complex as some Business Network environments. That will drive up costs and require some Management.  IoT devices will be most prevalent in the home to start, but expect them to become commonplace in the office, shortly thereafter.  Offices will require a third independent WiFi Network for IoT devices.

And so, what are Lenovo – our Friendly Tech Giant – doing about it?  They recognize potential threats, and their IoT devices will have a higher level of Security built into them.  They’re also coming to market with a suite of products and add-on’s that will enhance the Security of their computers, laptops and networks.  Lenovo products have always been well-engineered and thoroughly tested.  That costs a few dollars, but it might be worthwhile to invest in QUALITY IoT devices and networks, in order to avoid trouble in the future.

If you would like more information about how to configure a safe and secure IoT network, please contact me or you Account Manager for some stress-free IoT.

Imagine The Friendly Giant, Rusty the Rooster and Jerome the Giraffe speaking to Google Home.  Or, maybe not …