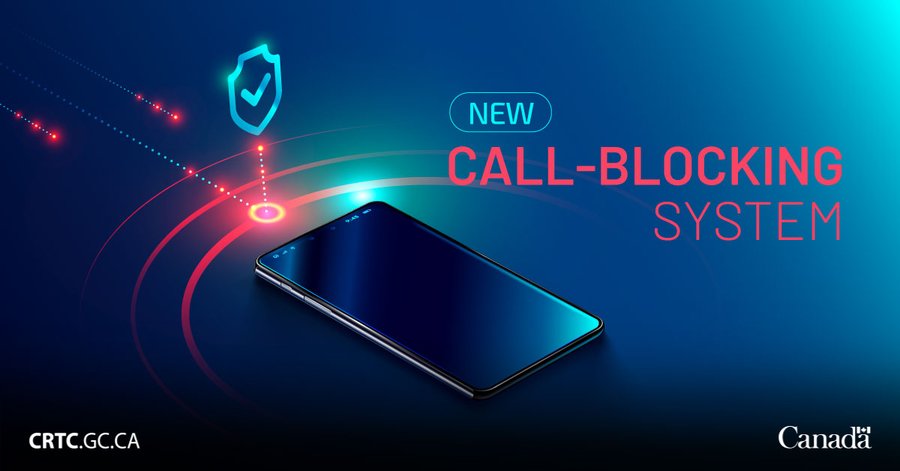 This will be my last newsletter for this year, so I want to wish a Merry Christmas and a Happy New Year to you, your family & friends.

Most of my newsletters tend to be fairly doom and gloom. “Security this, Hack that, protect yourself, Knowledge is power.”

In the spirit of a new year, I figured I should share some good news for a change. Maybe to put a bit of a smile on your face, or maybe just to keep you guessing…

So, REJOICE!! Effective immediately, you should start seeing quite a few less spam phone calls hitting your phones!

This is because some new rules being enforced by the Canadian Radio-Television and Telecommunications Commission (CRTC) came into effect today, that force the Telephone companies to do something about it.

As of December 19th, 2019, the telecoms must block any phone number that meets either of the following conditions:

How are the big telecoms handling this?

Rogers and Bell are putting in place call-blocking. I assume that means if you have a phone on their network, calls from fake numbers simply won’t show up on your phone anymore. I don’t have a Rogers or Bell phone to be able to see exactly how they handled this, so there may be some additional step/s a customer of theirs may need to take.

TELUS, on the other hand, has decided to put in some “filtering and advanced filtering services” that allow callers to block calls.

At home I have a TELUS land line, so I was curious about this. I logged into MyTelus today and noticed that my plan now includes a “Call Control” feature, that I am sure wasn’t there before (and I know TELUS didn’t tell me about.) I can enable it to “automatically screen-out robocallers.” It also has some additional options to be able to white and black-list phone numbers manually.

Call Control was not enabled by default. WHY?!?!

I recommend that anyone who has a TELUS phone line enable this feature, immediately!

I like the approach TELUS took. The Call Control feature includes fake numbers’ blocking, which is the same as what Bell and Rogers do. Additionally, it lets you black or white-list phone numbers. This makes it more flexible than simply blocking (like Rogers & Bell.)

What I DON’T LIKE is that the feature is disabled by default. What legitimate organization or individual is going to let their phone # show-up as one that you can’t possibly call back? Nobody; or at least nobody competent enough to legally own and operate a phone.

Exactly how much this sort of filtering will reduce the spam phone calls remains to be seen, but you need to start somewhere. The intent of the current system is simply to block calls that appear to be coming from obviously fake phone numbers that can’t possibly exist. It’s not a system for detecting if the phone number is being spoofed.

Next year will see another rule come into effect: By September 30th, 2020, all telecoms must implement a system to tell them if a call they receive from a mobile network or VOIP system has been verified. It’s hard to move a land line around, but a VOIP phone can move around the world, simply by changing the IP of the service it talks to. Similarly, mobile phones shift around and switch satellites all the time.

Exactly what is meant by “verified” I’m not sure, but at least we are starting to see some action in this area. Spam phone calls take advantage of people. I’ve seen it happen numerous times around here (Spirit River) and stopped what I could. It also makes it difficult for legitimate organizations to do their job. Fake calls from “VISA” make it hard for VISA in much the same way that fake calls from the “CRA” make it harder on the CRA.

There’s also work being put into place to improve the caller ID system. A while back, I did a newsletter about how caller ID works. No official date on changes or anything, but it’s being worked on. It’s good to see that there is some movement at least.

If you have any questions about Spam or Nuisance calls, please reach out to your TRINUS Account Manager for some stress-free IT.

The Telco will now block their calls

The CRTC has brand new rules

By Kind Courtesy of your Friendly Neighbourhood Cyber-man.