Wireless What?? - Simplify the WIFI!! | TRINUS 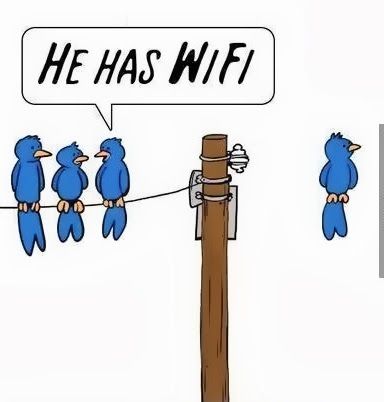 Blog / Wireless What?? – Simplify the WIFI!!

Just for a change, I figured I’d stop with all the doom and gloom. Today I’ll be giving people a bit of actual, real good news:

WIFI is being simplified!!

Someone, somewhere finally figured out that WIFI needs version numbers, rather than the abbreviations it’s had up till now.

If you aren’t sure what I’m talking about let me explain a little.

The current WIFI standards are (brace yourself):

You got all that? Wonderful, that’s great. There’ll be a test later, so let’s keep going.

If you think it’s hard for you to understand, don’t think for a moment that it’s easy for us computer experts. There are currently about a dozen WIFI standards, all with various letter abbreviations. Most of them are only used in commercial applications or specific situations, and not generally found in off-the-shelf devices..

So, the brilliant idea someone came up with (and was probably not paid enough for) was to use version numbers, rather than letters.

This means that, under the new system:

The next version to be released will be Version 6, then Version 7, etc.

That’s going to go a long way towards making Wireless easier for people to understand. Now then, I’m saying ‘easier’ and not ‘simple’, for a good reason.

All of this leads to this question: “How do you rank Wireless communications?”

From a Technical perspective, giving them a version number makes it easier to tell which one is “newer.”

From a User perspective though, nobody cares about that. What people care about are the speed of communications, and the range.

For example, 802.11ad (not 802.11ac) is a Wireless standard that is not on wireless routers, but beats 802.11ac for speed, by more then a factor of 5! The reason you will probably never run into it is that it has a maximum range of about 3 meters. This means you only get a “good” signal when devices are within about 1 meter of each other, so it’s a very short-range solution.

Something to make note of is that the 802.11n standard (older then 802.11ac) may be slower, but has a maximum range of 70m inside. So newer isn’t always better.

Now I know some of you are asking: “How do you know all this complicated stuff about WIFI?”

One of the skills you gain after working with computers for as long as I have is the ability to make quick use of a search engine, to find the answers you’re looking for.

Even with version numbers, you will still need to understand the basics of the Technology. Things like:

So, while some things are being simplified, it still means we need a certain amount of expertise to properly set up a reliable wireless network. This simple step towards simplification means one less obstacle for anyone trying to understand how WIFI works.

If you have any questions about Wireless Networking, you can always reach out to your TRINUS Account Manager for stress-free IT.