The Clock is Ticking... The End of Windows 7 is but 45 Business Days Away! | TRINUS 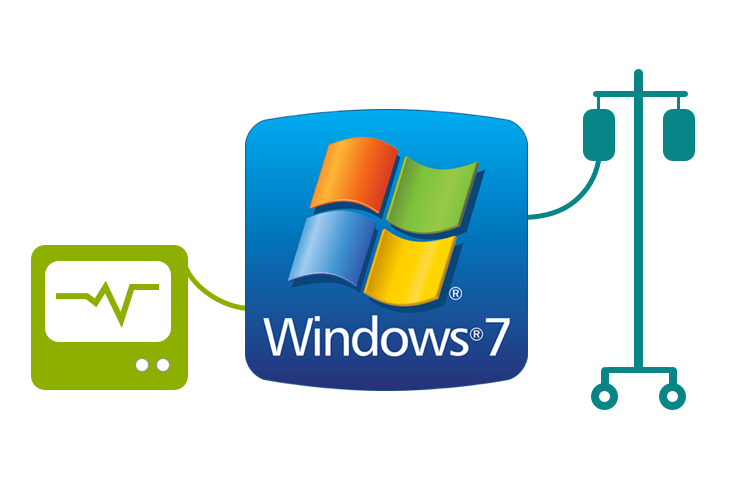 Blog / The Clock is Ticking… The End of Windows 7 is but 45 Business Days Away!

By now you would have had to been living under a rock to not know that Microsoft are retiring Windows 7 on January 14, 2020. If this is old news to you, and you’re well into the planning or implementation of an upgrade, then congratulations, as it sounds like you have the situation well in-hand. If you’ve just been thinking about it, or worse – ignoring it – then this message is for you:

By my count, there are about 10 weeks between now (November 6, 2019) and January 14, 2020. Most of us take the weekends off, so that translates into 50 business days. Subtract 5 days for STAT holidays, and it’s 45 business days that are left. Even that is generous, because our industry typically shuts down between Christmas & New Years. A more practical number is really 40 days.

For any organization of over 5 people – or 5 computers – it’s not much time; planning, testing, procurement, deployment, and follow up – all need to be done properly, before operations will return to normal for most users, when upgrading from Windows 7 to 10.

I’ve met a large number of people lately who are treating this issue with a very casual attitude. They just don’t think it’s important, or they are taking a wait-and-see approach: waiting for threats to emerge, before taking any action whatsoever. Huge mistake.

We recently attended a conference where an industry veteran with years of practical Cyber Security experience, spoke about the true nature of Cyber Hackers. It was enough to scare anyone. He highlighted one outfit, whose primary business is Cyber Crime:

It’s a catchy name for a firm based in Nigeria. I use the term “firm” deliberately, as it’s structured like any other well-run Enterprise-level business. Hundreds of employees with HR, Operations, R&D, Marketing, Sales, Administration, and Finance departments. Of course, in this perverse world, the functions of departments and employees is anything but the legitimate work of our modern corporations. For example, the Finance department recruit “mules” – people who are used to receive the Bitcoin and wire transfers from Ransom demands and Phishing scams – and move them through a series of accounts, until the money eventually ends up in London Blue’s accounts. Everyone takes a cut.

He went on to describe one client with operations in Canada and the US. In typical fashion, they were hacked by a Cyber Attack and it brought the client’s operations to a halt, as the IT Contractor scrambled to recover the company’s systems. Our speaker was called-in to perform some forensic investigation – as well as to satisfy his curiosity.

By examining hundreds of pages of computer logs, he found that the attack had started two months prior to the day it infected the files. While the virus had been planted earlier, the hacker strategically and purposely delayed the attack, until it had the most adverse effect on the victim – as the hacker had researched the victim and understood their business model and operations. Very sophisticated.

So, if you think hackers are not planning to attack Windows 7-equipped computers once January 14th passes, think again. It’s possible that some machines are already infected with virus time-bombs. And of course, it’s easy for a hacker to design a virus that only resides on Windows 7-set up computers, ignoring Windows 10 devices.

Upgrading Windows 7-enabled computers in your organization before January 14th, 2020, is not just a trivial annoyance. Ignoring the problem could place your entire operations at risk. If you’re still not convinced, try this simple experiment:

Turn off all your workstations, laptops and devices for two days – and see what happens to your business workflow. Two days is about the best-case time-frame that it will take to recover from a system-wide Windows 7 Attack.