Singing in the Shower - More Private Conversations Stored by Amazon Shared out by Mistake. | TRINUS 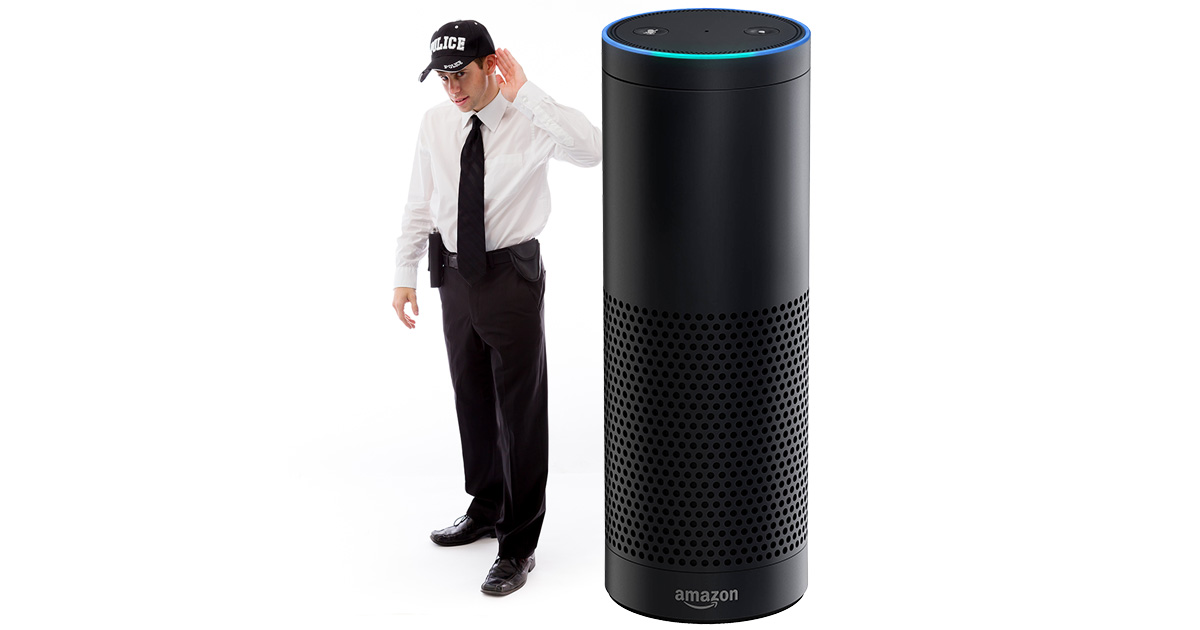 Blog / Singing in the Shower – More Private Conversations Stored by Amazon Shared out by Mistake.

Well, Happy New Year!  I hope you enjoyed a welcome break between Christmas and New Year’s.  Most of us face the remorse of having eaten too much and are now promising to do better in the new year, despite being told that New Year’s Resolutions seldom last past the first week in January.

New Year’s also brings forth a round of predictions, and it’s no different for 2019.  The news and Social Media are full of 2019 prognostications; both good and bad.  Some are obvious, some are ridiculous, and most are not worth reading.

Have you ever caught yourself singing in the shower?  While not a common personal occurrence, I must confess to doing it occasionally; especially if an ear-worm has made it into my mind: One of those songs or verses that just will NOT leave you alone.  Of course, my singing is best confined to the shower; I couldn’t carry a tune in a basket.

I picked-up on a short article written by NPR (American National Public Radio.)  In August, 2018, an Amazon Customer in Germany asked to review his archived data.  It’s a requirement of the EU Privacy Laws that companies allow Customers to review their stored data.  Amazon provided the files, which included about 1700 audio clips.  The Customer doesn’t have an Amazon Alexa (the Home Automation Controller that responds to voice commands), and so was puzzled to find the audio files.

He listened to a few files at random and a man could be heard in various parts of his home, even in the shower.  A female voice was also present on some of the recordings.  There were alarm clock and music commands, weather questions and also comments related to work and living habits.  None of them belonged to the German Customer who requested his files.

From the files, coupled with Facebook and Twitter information, the magazine (that reported on the incident) said it was able to identify and contact the Alexa User, whose name was also not disclosed.  He reportedly said that Amazon had not reached out to notify him about the leak.

Amazon responded that “This unfortunate case was the result of a human error and an isolated single case.”  Exactly what the human error was remains unclear.  “We resolved the issue with the two Customers involved and took measures to further optimize our processes.  As a precautionary measure, we contacted the relevant authorities.”

Unfortunate, isolated, human error, optimize processes – these are corporate press-release terms designed to calm the fears that many of us would have, given the nature of the Data Breach.  But the cold reality is that devices such as Alexa, Echo, and Google Home ARE recording conversations in your home – all of them.  Breach or no breach, I’m not sure I want any corporate multi-national recording my activities at home; I just don’t have that level of trust in them.

Which brings me to a few 2019 predictions: The number of devices recording personal and private conversations will increase, selected devices will record home video automatically, and the number of Data Breaches involving personal recorded files will escalate.  We may even see our first major data hack and an attempt by Cyber Criminals to use the files in an extortion scheme.

All sorts of Consumer devices have warning labels: cigarettes, power tools, kitchen appliances, and lawn mowers all come with BOLDLY printed information about the inappropriate use of these products and how they can harm us.  For 2019, perhaps it’s time our Technology has the same type of warnings.  It might cause us to pause and think about what we’re actually doing with it – or choosing not to do with it.

Or perhaps the Manufacturers can build a device that listens and acts on the commands, but doesn’t record it.  That sounds like a step in the right direction.