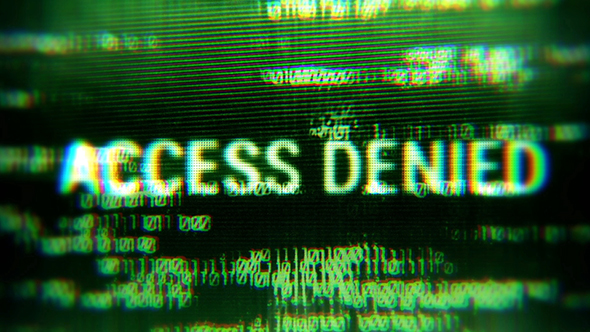 Something you may have heard of when it comes to Computers and Security, is a Principle called “LEAST PRIVILEGE.” It describes an approach to improving your Security. There are only 2 possible approaches you can use, to limit the access people have to your system:

#1) Restrict Access
Using this approach, what you would do is start off with everyone having access to everywhere. Then you start to explicitly block them from places they shouldn’t be allowed to go. This is risky, because what happens if you forget to prevent access to somewhere important? A user isn’t responsible for knowing everywhere they should/shouldn’t access. It’s the responsibility of the company to properly set this up for them. Also, if a user has more access then they should, it’s quite likely they will not complain about it, so it could easily go unnoticed for a long time.

#2) Allow Access
Using this approach, nobody has access to anywhere/anything to start with. You then explicitly allow them to be able to access different places/resources. This approach is much safer, because if a mistake is made, it is most likely going to be that someone is not allowed access to something they SHOULD. In this case, the user is likely to complain (probably quickly) and the situation will be remedied.

The second option embodies the idea of “Least Privilege.”

The basic concept is that you allow a user the least amount of privileges that are necessary for them to perform their assigned duties, nothing more. Accomplishing this is much easier when you start from a base of nothing being allowed and build on that. If you start from a base of everything being allowed, then it can be hard to tell for sure which permissions will cause interference with an employee’s signed duties. It can be hard to figure out what to remove.

The same idea can be applied to Firewall and Switch configurations for network devices and services.

Some possible examples:
What ports are necessary for this printer to be used properly and perform all of its’ functions?
Do we need to allow every IP on the Internet to connect to our Outlook Web Access (OWA) portal?
Does every Internal user need to be able to use the SSLVPN?

Opening up everything and then locking doors is a much riskier position to take,thanlocking all the doors and only unlocking the ones that should be used. The entire point is to minimize risk.In the case of restricting access, a mistake probably means that too much access has been granted. Whereas a mistake with “Least Privilege” is more likely to mean that too little access has been granted. When you look at it this way, the answer to the question “Which of these two options minimizes the overall”, becomes obvious.

If you have any questions about Least Privilege, you can always reach out to your TRINUS Account Manager for some stress-free IT.