How Smart Are Smart TVs? - Smarter Than What You Might Think... | TRINUS 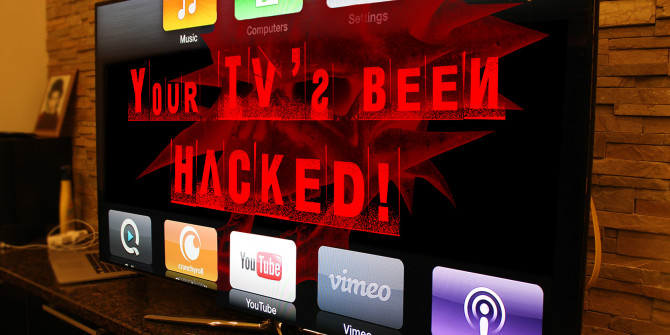 Blog / How Smart Are Smart TVs? – Smarter Than What You Might Think…

You want to hear something that could sound a bit odd? The new Samsung Smart TVs have Anti Virus software installed in them. Yes, they’re now starting to come with Virus-detecting software!

This will confuse lots of people. At the same time, it has someone like me going: “It’s about time!”

The question to ask here is, why is there such a big difference in opinion?

It’s honestly just a matter of perception. Many people think that to be a computer, it needs to have a Monitor, keyboard, mouse, and some Windows or MacOS flavour installed on it. That’s what most of us are used to seeing.

Computers are a lot like people. They come in all shapes and sizes. Any device that sends and receives information in any fashion, can be considered one. So, this would include things like:

Anything you need to connect a network cable to

Anything you need to connect to a Wireless network

So yes, this includes Smart TVs. It could also comprise old TVs. When you think about it, an old TV was designed to receive a signal, and then show images and play sounds. It was primitive, but it was a computer. What Smart TVs have done is to simply enhance their capabilities. From an attacker’s perspective, any of these devices could be considered a potential point of entry.

So, why can these devices be compromised in the first place? The reasons are simple:

3) The more possible signals a device can receive, the more complicated it becomes, and the harder it is to test all possibilities.

The third reason is the one that’s a real cause for concern. Smart TVs are a lot more than just a TV. They have network capabilities, can stream Netflix, play YouTube videos, update themselves, and customize their menus. They have WiFi and Bluetooth capabilities, USB, and much more. This means that they can receive many different signals from a number of disparate sources.

Increased complexity and features doesn’t imply that these devices are inherently less secure. It simply means they are more complicated than a traditional TV, or Camera. They are computers, in every sense of the word. Pretending that it’s only a camera, or TV, or Phone, is going to result in the device eventually being compromised by an attacker.

You need to recognize that things like Smart TVs and other IoT devices are a potential risk. This entails treating them with the proper respect and consideration, to minimize the risk they pose, and still allow them to satisfy the intended business or entertainment need.

If you have any questions about Securing Smart Devices, you can reach out to your TRINUS Account Manager for stress-free IT.

By Kind Courtesy of your Friendly Neighbourhood Cyberman.