Break's Over! - Its Time to Treat the End of Windows 7 Seriously. | TRINUS 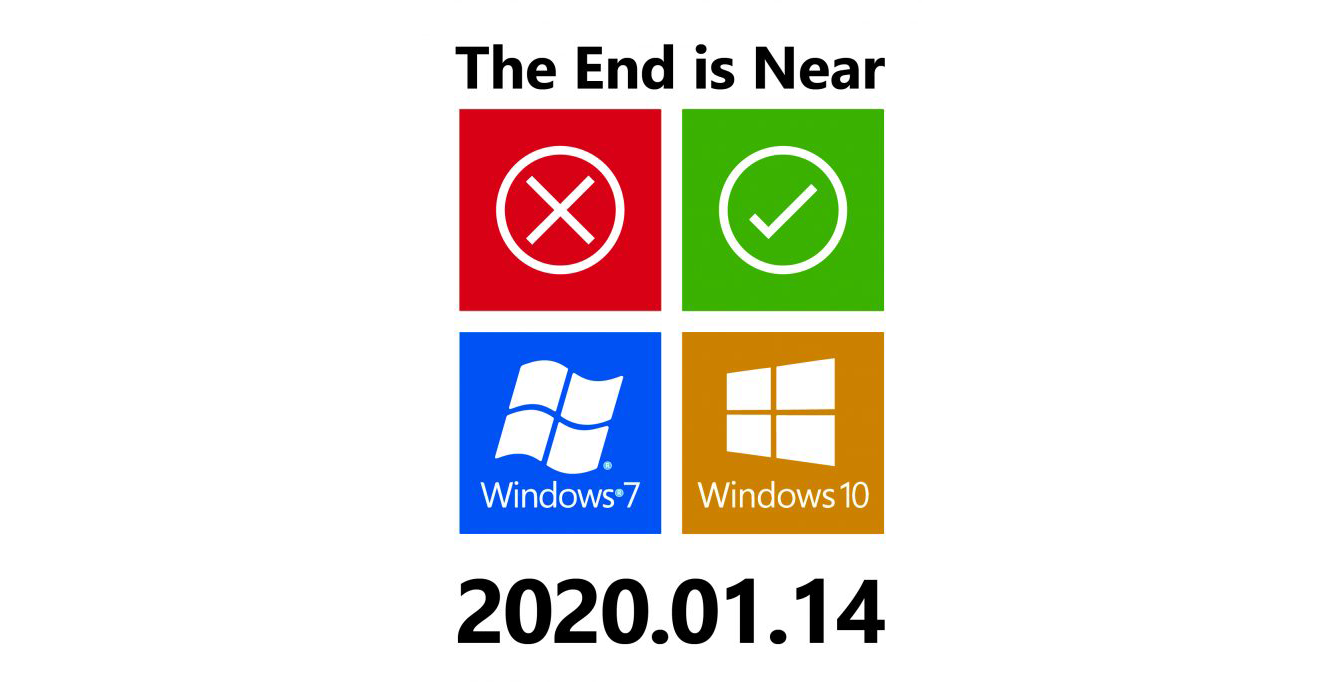 Blog / Break’s Over! – Its Time to Treat the End of Windows 7 Seriously.

The West Wing was an award-winning TV political drama that debuted in September 1999 and ran for 7 seasons. From the first episode, my wife and I were hooked. Written by Aaron Sorkin, the dialogue was snappy, and at times, powerful. I had a special attraction to the series later, as through some work TRINUS did on the G8 Summit Security held in Kananaskis in 2001-2002, I was able to tour the actual West Wing in 2005.

Towards the end of the series’ 1st episode, President Bartlet (played by Martin Sheen) returns from a short holiday. It’s the first time his character is on screen and he declares to his staff:

“Breaks are good. It’s not a bad idea to take a break now and again. I know how hard you all work. My point is this: break’s over.”

And so, as our (Stony Plain) wet and cold summer draws to a close, it’s time to think that the break’s over. From an IT perspective, the item that looms-large on the horizon is Microsoft’s Windows 7 – and a host of server applications – reaching End-of-Life on January 14, 2020.

This is a BIG DEAL.

It has the potential to disrupt IT systems world-wide, and unlike previous retirements of popular desktop operating systems (such as XP), the ramifications of delaying an upgrade – or worse, NOT upgrading – could be catastrophic. The reason centers around Cyber Security Threats that are guaranteed to surface shortly after Microsoft release the final round of updates, in early 2020.

After January 14, 2020, Microsoft will not release any Security patches for Windows 7 – or any of the retired products. So, if a Cyber Attack uses a previously-unknown vulnerability in Windows 7, too bad. Microsoft’s response will be to have you upgrade to Windows 10 (or the latest Server system.) If we know this, you can be assured Cyber criminals know it too, and rather than attack known weaknesses in soon-to-be-retired Windows products now, they’ll wait until the updates stop flowing in January. It will be a target-rich environment for the hackers; as of July 2019, there were more than an estimated 375 million Windows 7 users worldwide.

Most IT Professionals are treating this seriously, and it has also caught the attention of software application vendors. I have received more than one official announcement from a national vendor of Municipal Finance and Administration software, that they will not support their application on Windows 7 computers past January 14, 2020 – period!

It’s time for those responsible for IT systems in municipalities, small businesses – even home users – to take it seriously too. The count-down has begun! By the time you get this, there’ll be 129 days left to upgrade. But you don’t have that much time. Subtract 38 days for weekends, plus another 5 days for STAT holidays, and you’re down to about 85 days. Even that Is optimistic, as many firms close-down between Christmas and New Years, so subtract another 5 (or more) days.

– Investigate and analyze what IT systems are affected.

– Determine what can be upgraded and what needs to be replaced.

– Determine what application software needs to be upgraded at the same time.

– Obtain approval for your upgrade plan.

– Decommission and dispose of old equipment.

At TRINUS – and for our Clients who have CURRENT Service Agreements with us – we’ve already started evaluating your systems for the required upgrades, by performing the 1st five steps from our list above. If you haven’t already heard directly from us, you will shortly.

For non-TRINUS Clients, or those without a current Service Agreement, we’ll be writing a series of articles in the next weeks to explain and work through the upgrade process. We’ve created a new Logo and Tag Line to draw attention to the articles: The End Is Near.

It might not be the snappy dialogue of a top-rated TV drama, but it’s worthwhile to stay tuned.